I recently upgraded my system from Ubuntu 16.04 with Unity to Ubuntu 17.10 with Gnome Shell 3. One of the "features" I found annoying was that my IDE PhpStorm was not popping to the front and receiving focus whenever breakpoints were hit. I eventually figured out a solution and wanted to document it in case others were also searching for a solution.

I first confirmed that "Focus application on breakpoint" was indeed enabled in my settings: 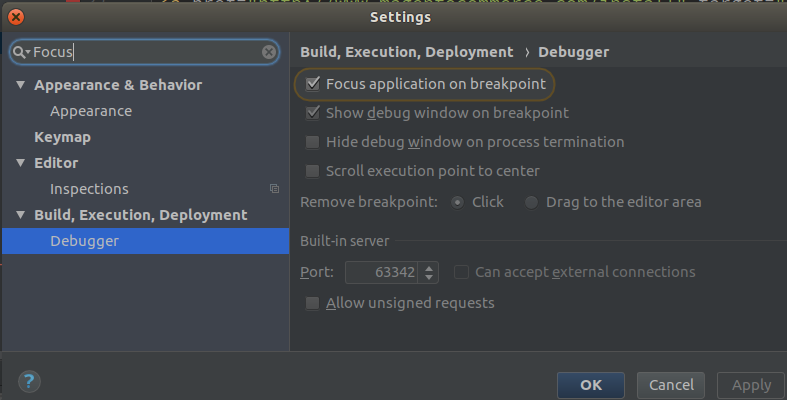 It was indeed enabled but it still wasn't working.

After lots of Googling I eventually determined that Gnome 3 has a "helpful feature" which prevents windows from stealing focus - while this makes sense for overzealous applications which abuse that feature, it was also preventing my IDE from popping into focus whenever breakpoints were hit.

I eventually stumbled upon a fork of a Gnome extension called "Steal My Focus" which fixes this behavior in newer versions of Gnome Shell.

With this being installed, any time I'm browsing a site under development and a breakpoint is hit PhpStorm will immediately pop into view!

Did you find this helpful?