league/commonmark has been downloaded over 10 million times! 🎉🎉🎉

Not only that, but as of today league/commonmark is also the fastest-growing PHP Markdown parser based on monthly Packagist installs: 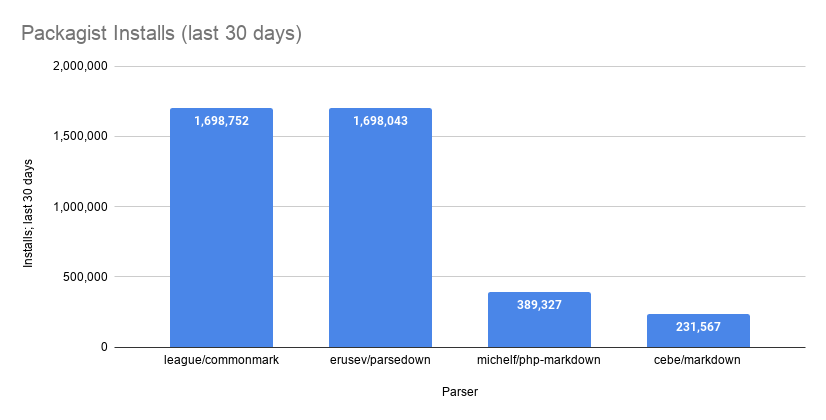 We couldn't have hit these milestones without help from the community. A special thanks to:

I'm also excited to share that we've set a roadmap for the new two releases:

Development on the 1.5 branch is underway! This next minor release will be packed with new features, including:

That's right, we're also working on a 2.0 release! The internal bits are getting a major overhaul to correct some deficiencies with our current architecture and pave the way for the next generation of custom extensions. Features and highlights will include:

If you'd like to support the development of these next two releases, please consider becoming a sponsor: